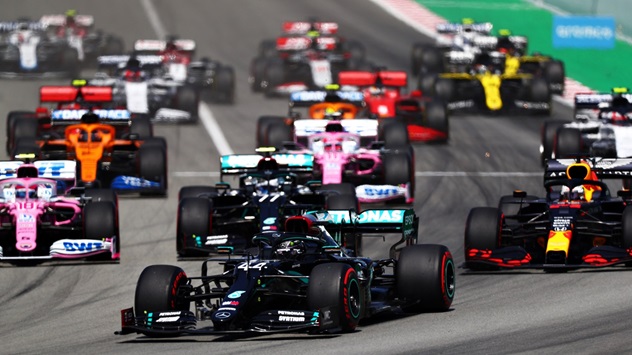 Formula 1 is one of the world’s most incredible sports. It’s the combination of world class drivers and state of the art technology that makes the sport one of the most challenging in the world.

But the circuits are also a thing of beauty. They are designed to test the limits of the driver and their vehicle (not to mention F1 racing simulator drivers!), whilst providing a stunning backdrop for fans to enjoy throughout the race!

Let’s take a look at seven of the world’s top Formula 1 circuits.

Even those who don’t know much about Formula 1 know the Monaco Grand Prix. The crown jewel of F1 racing, Monaco is as much about the darting, winding challenge (given modern cars have actually outgrown the circuit) as it is about being amongst the glitz and glamour of one of the world’s richest municipalities.

Melbourne is the world’s sporting capital, so it’s only natural that they have an amazing F1 race every year. Albert Park is a fast, flowing track, and has the unique combination of both permanent race track and regular street features, all working to create a challenging circuit for drivers. The circuit is also located in the heart of Melbourne, making it a fun place for travellers to visit for the race and for a little revelry afterwards.

The immaculate Australian backdrop is what makes this F1 installment so spectacular. The track contains both classical and modern elements, owing in part to the work (and funds) put in by Australian energy drink mega company Red Bull. The track is flowing and set against a gorgeous mountainous backdrop, making it a wonderful experience for F1 lovers and nature enthusiasts alike.

Singapore is an incredible city-state that’s totally worth a visit any time of the year. But a nighttime grand prix operating right in the middle of the city is a truly marvellous accomplishment. The Singapore Grand Prix is the only nighttime race on the calendar, and that alone has made it a favourite with spectators. Plus, being right in the thick of one of the world’s most dazzling cities whilst enjoying your favourite sport is just a joy in itself.

Monza is one of the oldest tracks on the Formula 1 calendar, and this makes sense given Italy’s close association with F1 racing. The Italian Ferrari fans have a huge passion for the team, so raceday at Monza almost feels more like a matchday for the Italian national football team!

This stadium is an icon for modern racing, once again owing largely to the legions of Mexican fans there to cheer on local hero Sergio Perez. The track features a stadium section that encapsulates the bends and twists of the track, making it a challenging circuit for drivers and a joy for Mexican race fans.

Silverstone is another legendary race track that has been a part of Formula 1 lore for many years, having first been used for the sport in 1950. Silverstone was recently given a makeover, and it is now one of the most advanced racing tracks on the calendar but still retains some of that old school glory.

Is your favourite here?

We hope we didn’t miss any legendary circuits, but it is our opinion that these are the most legendary and stylish on the fixture! From the inner-city style of Melbourne, Monaco and Singapore to the classics at Monza and Silverstone, as well as the innovative brilliance of Hermanos Rodrichuez and the Red Bull Ring, the world has some pretty impressive F1 circuits.

Reason Online Slots Will Take the Casino World by Storm

4 Electric Scooters in Market in 2020

Auto Parts Online Blog Checking Up On the most recent

10 Benefits of Buying Harley-Davidson: Dream Bike for So Many!

NBA Reddit Streams – Discover How to Watch Any NBA Game on...

10 Benefits of Buying Harley-Davidson: Dream Bike for So Many!

NBA Reddit Streams – Discover How to Watch Any NBA Game on...